Why did you choose the field of association management and what about it keeps you going?

I’ve always been a storyteller and producer at heart – writing, directing and organizing productions from the time I was a little kid in my grandparents’ living room all the way through my first year out of college. After working for a while in the for-profit entertainment space as a talent agent assistant, and eventually as an agent myself, I wanted to get back to work that was more consistently creative, and more importantly, gave me an opportunity to give back to my community on a daily basis.

I was already a member of NYWIFT and familiar with its mission of equality and inclusion in film and television, one I could definitely get behind. As Community Engagement Director I get to tell NYWIFT’s story every day to a wide audience of longtime members, new members and current and future stakeholders. Our industry is changing rapidly. It’s great that the outside world has rather recently caught up with the mission we’ve been touting since NYWIFT was founded in 1977, and we’re all working together to harness that energy into positive, actionable, lasting change. I’m also responsible for Membership as well as Communications, and it’s the incredible community of NYWIFT members that keeps me going. These women work hard every day to advance their careers and build each other up, and I’m glad to help them however I can.

I’m very lucky that my job is also fun! I’ve taken on a producing role in our two big awards shows – The Muse Awards and Designing Women – over the last few years, so my producing dream is very much realized, though in a way I could never have imagined. I’ve always excelled when I’ve had to juggle several tasks simultaneously. Let’s just say at NYWIFT, I’m never bored!

Which aspect of your career do you consider to be your biggest struggle?

This sounds silly but I’m quite serious – my face gets in the way. I am admittedly a little young for a role of this size, but I look even younger. Combine that with the fact that I’m shorter than average and female, and well, I don’t exactly fit the outward stereotypical executive profile and I have to work extra hard for that respect sometimes. Getting carded in the middle of events that I’m running. Questions about how my internship is going. People congratulating me on getting such a big job so quickly and asking when I graduated. Someday, I’m sure, I’ll be grateful for the baby face. When that day comes, I’ll let you know.

What advice do you have for aspiring professionals looking to pursue a career in association management?

Get to know your members. They’re the whole reason for your organization, and they’re also your organization’s heart and soul. Find out what they need, what is frustrating them about their industry and how you might be able to give them the platform and the tools to address those concerns. I’ve found that the best way to get members engaged is to encourage them to volunteer – they get more excited about your organization’s mission when they feel a little ownership over it beyond paying their annual or monthly dues.

If you could pick a personal anthem, what would it be? 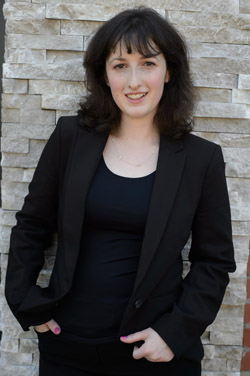